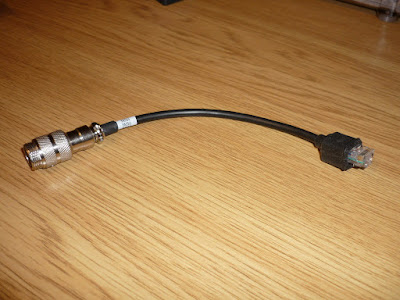 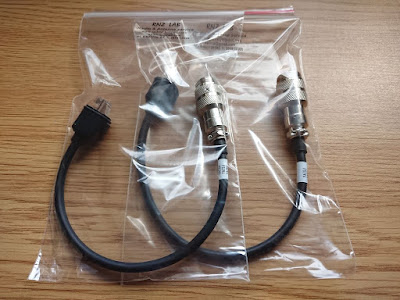 Adapter in current production for SP market, contact me for price or any question.
Posted by SP3RNZ at 8:18 PM No comments:

Email ThisBlogThis!Share to TwitterShare to FacebookShare to Pinterest
Labels: 4 SALE 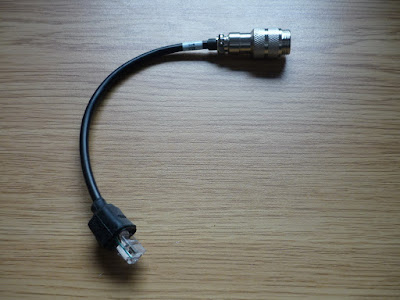 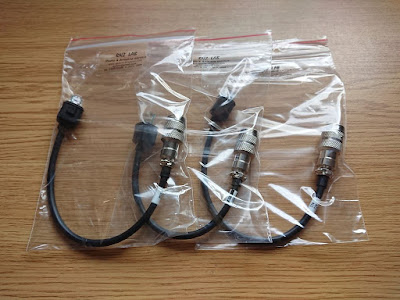 Adapter in current production for SP market, contact me for price or any question.

Email ThisBlogThis!Share to TwitterShare to FacebookShare to Pinterest
Labels: 4 SALE 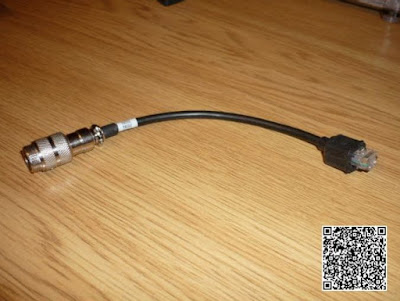 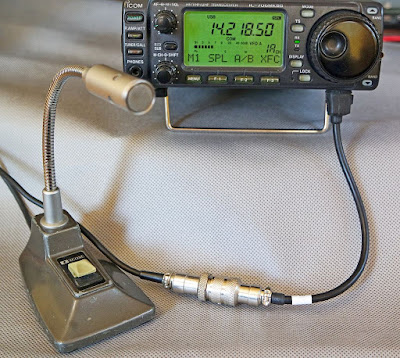 In COVID-19 times always remember to wear ANY available protection, even if You neighbour friend ask You to program his rag chew 2m RIG. Even if You drank box of Whisky together. You never know... 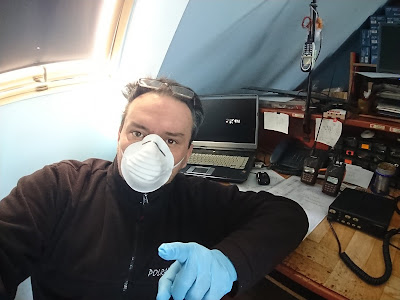 Beware ! : Simple programming of radio (mostly) unknown source can be hazardous !
Stay safe everyone, CU on the bands.
QSH / OCV
Posted by SP3RNZ at 1:19 PM No comments:

Some time in 2019 we exachanged few e-mails with Zaba OH1ZAA, about internal memory battery issue in IC-7300. Some of  7300 owners perhaps did not noticed anything is wrong, but many more ( reading e-mails sent to me ) suffering internal clock failing after every OFF period. This is rather minor issue, but can be very annoying when You are using audio recording feature during Es openings, or just internal clock set to UTC to have correct time. Loosing time/date settings causing recorded files to have wrong time stamp when saved on SD card. This could be very important when on dxpedition, and we want to recover some QSO's.

Below is my successful attempt to solving this issue, [ thanks for pushing me Zaba :-) ] fast and easy to made but of course, be warned :

Any mistake can cause serious damage to your radio. So if You are not experienced in SMD soldering or using soldering iron at very FRAGILE environment - do not try to perform the operation! I will be not responsible for any damage You can make doing the MOD. 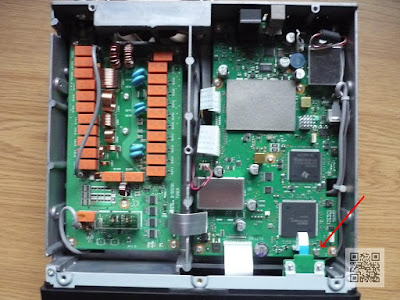 There's very small button battery, according to Zaba's research it's only 1mAh capacity. 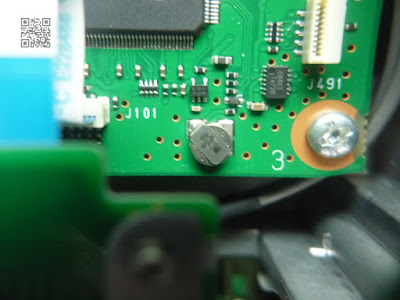 In usual conditions when radio is powered daily there's small amount of current ( ~6mA) charging the battery. But when left unpowered - battery voltage degrading soon. After 1 month without power, found mine has only 0,63V which is way below voltage needed to keep clock running well.

In next steps we will replace it with ordinary CR2032 Li-Ion battery.
Start with preparing new battery socket. No matter new or salvaged from old PC motherboard, any type will do. And of course we'll need CR2032 or similar battery. It's not critical what type of battery we'll use, except it's 3V one. Standard PC clock battery is thousand more times capable than factory one. 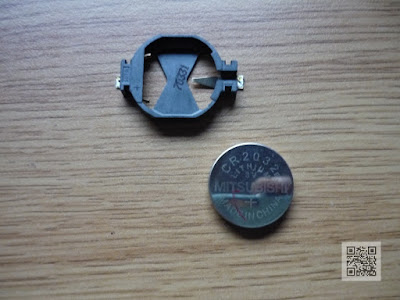 Next - prepare some wires and solder it to the socket. 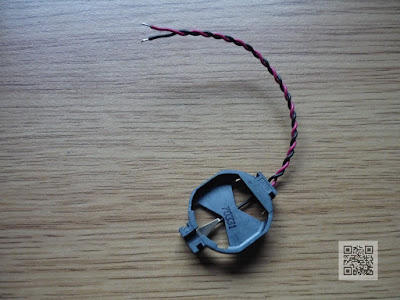 Be very careful removing old battery - it's SMD one, and we need to be very fast and very carefull doing this. First - avoid too much heat, secondly it's close to uPC. 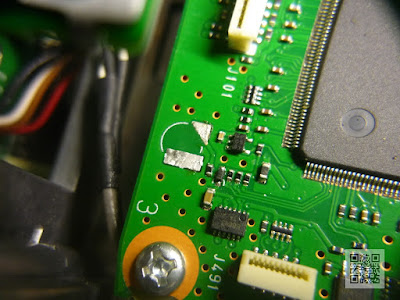 Now we are ready to install new battery. In my radio I did it this way - socket is glued safely with double sided adhesive tape onto uPC. Do not put the battery first. In case something is wrong this could damage your radio. After soldering the wires and checking for any short circuit, mistake with polarity slide the battery into socket. 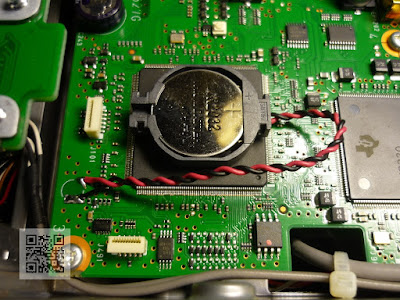 This operation completes the mod. No more clock failure, at least for next 5-10 years :-)

I AM THE RIGHTS OWNER OF THIS DOCUMENT.

ANY UNAUTHORIZED COPYING WITHOUT ASKING IS DENIED.

IF YOU WANT TO PUBLISH THE MOD ON YOUR SITE/BLOG YOU ARE ALLOWED TO DO SO, POINTING THE ORIGINAL SOURCE.

Although it's been quite sometime this activity took place, I want to share some pics and summary of my QRP activity as F/SP3RNZ and ofc somehow thank to all, who patiently made QSO with me ;-) 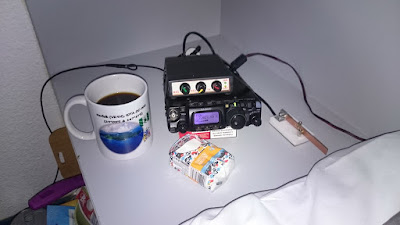 I was using FT-817 mostly battery powered, sometimes with external switching PSU causing tremendous noises over HF bands. One reason is the EFHW (End Fed Half Wave) antenna used has no countepoise, or better to say coax shield acting as the second leg of antenna. Using CMC choke usually helps to minimize noise pickups, but this time did not. 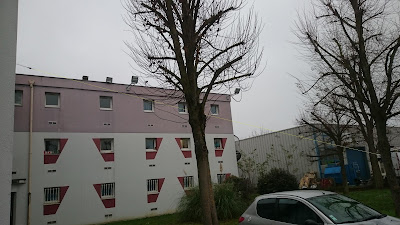 Additionally runnning ham radio in Hotel building can be limited only to daylight hours, or even impossible because of man made noise concentration. The reason is, there are LED lamp installed almost everywhere for safety reasons, some of them are broken, making more noises when wet after rain, or in cold temperatures and lot's of small switching devices as phone/laptop chargers etc.
Anyway every dxp can teach something new, I've got my lesson - will be prepared next time.

During limited time of operation 40+ QSO were made on FT8, and only 2 CW unfortunately, but I was happy to get Ted SP3OCC on CW and all other modes :-) 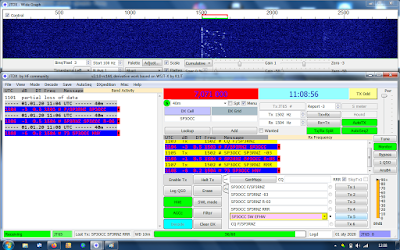 Many more can be worked, but guys running big power on FT8 are usually DEAF for QRP signals. At least I am sure QRP worked well being heard daily across EU, and even EA8. 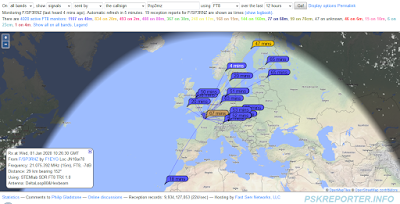 All QSL's were sent already in January 2020, so if You worked me, You'll have another, if not - look for me in August/September ( if we ged rid of this CORONA-shit until then ) 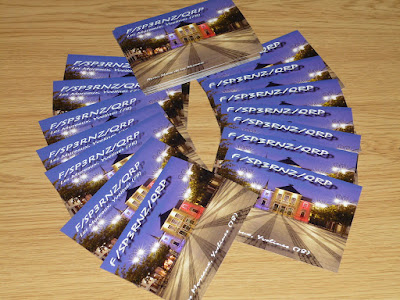