It's been some time without new post here, well, it was quite busy month as well. 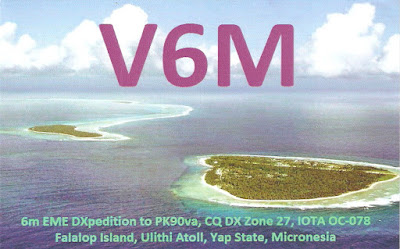 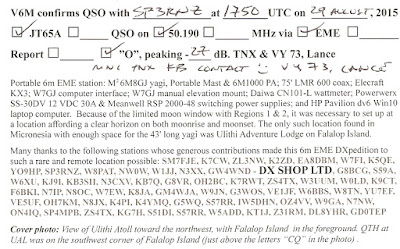 Thank's for new one and interesting EME experience Lance !
Where You will go next ? :-)

It has been really lucky day yesturday. No doubts that it can happen once in a Year as for 6m.
Actually it has happen once with 5V7MI this Year, so probably pulled my bonus DX track for 2015.

After 2 days of trying to get anything from Lance on my Moonrise with decreasing Degradation, yesturday finally we reach the lowest one this perigee.
Good thing was Lance sent short message via Iridium phone informed that he heard lot's of station from EU including me.


That encourages me well to fight next day.

Started on Saturday again just before moonrise at -1,6deg of elevation counting on GG at my Eastern horizon. It was proven that sometimes it works.
Lance's signal appeared quite fast, slowly drifting down from start of the period, as well as having much fluctuation on it... Appearing suddenly after short while in period or dissapearing before end.
( Note - now, we know what was the reason - Lance increased power during TX periods, his message below )
I've seen his trace almost every period, but sfter unsuccessfull struggling with AFC and Freeze I set his DF 54Hz and called each period. Signal was very hard to decode, drift, very fast Faraday rotation and quite fast fadings give sometimes 15 sec of good signal then nothing.
Suddenly his signal was getting better from period to period and 17:49 miracle happen ! 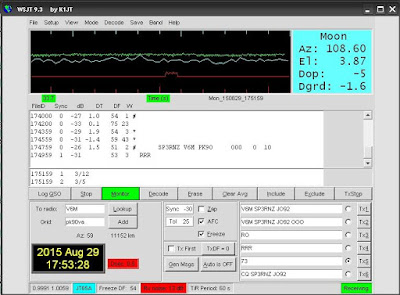 After I got his RRR and posted the infor on KST page, Ants ES6RQ and Drago S59A confirmed that I had copied my "OOO" and Lance's RRR, and QSO with V6M is completed.
Pure luck, new dxcc and First SP-V6 QSO on 6m ever.

Next after me Marek SP4MPB worked him as well, and HA8FK. His signal was better and better then gone after main lobe of my antennas just around 8degress... 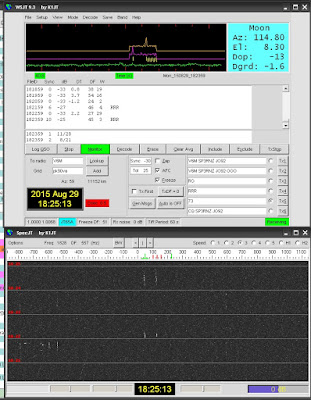 Suddenly at 18:40 LZ2DF posted the info NA guys got from Lance that his Amplifier blew up and he's gone QRT 18:30UTC :-( What a pity. Read the full story in latest message below..

Today I got special QSL, for the QSO that probably is impossible to made.
Of course no CW or verbal contact has been made, but just "human" touch with ham radio greetings.
The Jail QSO. 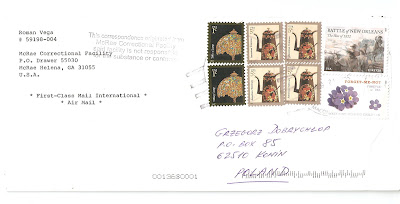 As You probably aware I am not VHF born, so those of You interested in HF DX-ing must know the story or just heard about the person this post is about.
This is the guy, known as Roman Vega ( last call 3W3RR or formerly UB5JRR ) I have in my log with plenty of variuos callsigns. 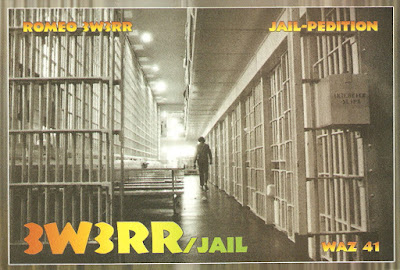 If You are serious HF'er, and/or DX'er You know that he served more new ones for DX community than probably nobody else these days, to mention rare Spratly 1S0XV activation, or North Korea DXP signed as P5RS7 few Years later.

Romeo is in U.S jail now for more than 12 Years. He was arrested in 5B4 back in 2003 and transferred to US then.
Most interesting thing is, that in US, after 12 Years he is still not sentenced by the American court.
No proofs for him? Apparently...

Judge yourself. I am amazed after reading whole story, how it's possible in US. Is this really Country of Freedom?
Worth read and think. 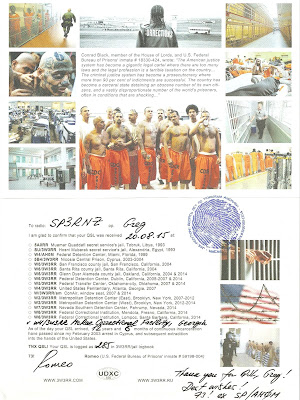