Aftre 6m season came to an end it was good time to prepare something for incoming Lance's W7GJ VK9C/X dxpedition as well as Bouvet 3Y0Z in January.

The choice was obviously YU7EF antennas, designs You will never regret to build and use. This time decided to go bigger than 2x EF0601WL, so after short debate with Pop 4 Yagi's array was cleared as target antenna. Because of backyard space limitations EF0405CX was choosen, and Pop prepared custom design for me, accomodated to use 4m boom lenght. 6,1m horizontal distance with 5,1m vertical distance looks perfect for me. Initial design data were very promising, but I did not even dream how complicate it will be...


So, target is known, let's stack something - part II started. This is probably second 6m array in Poland, but no doubts first 6m array in SP3.
After assembling 4 antennas each one was measured - it simply shows that Pop's designs are reliable and accurate. Every of 4 antennas giving perfect response, see below. 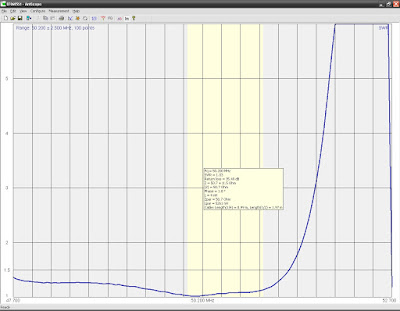 Each antenna is feed directly with CNT-400 coax cable, lenght of 5,30m calculated upon stacking distance on H-Frame, with 6 Fair-rite cores as CMC, ended with N-male connector. Home made ALsquare coax splitter was made on occassion, calculated from freeware APPCad software.
Single antenna weight without coax cable 4,65kg. 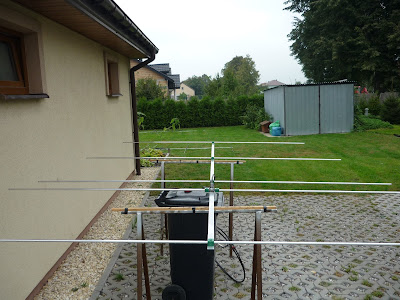 This was the easiest part.
Now H-Frame need to be made, but how to, if You never did it before?
Well, few cups of cofee, few cigars and initial project was on the table.
Finally H-frame is made of AL pipes dia 45mm(2mm thickness) in the middle part, and 40mm pipe at ends of frame. Cross parts are 60x20x2mm profile, welded to get desired strenght, and prevent of frame saging with antennas. Of course I know this looks very "amateur" construction, but it's my first attempt to build something like that. Finally got a phone call from welding shop, that frame is ready : Overall weight 6,54kg's. 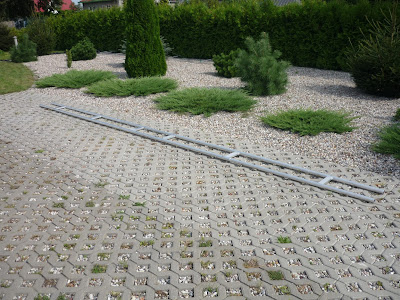 Time was running fast so no time for afternoon nap.
Next day H-frame was installed on the tower, with elevation G550 rotator. Isn't it too small for array? No, not at all, after 2 weeks I can say it's robust machine. Lifting the array up to 50 degrees, and smoothly going down. Yes, maybe it will not survive a hurricane, but who knows ? 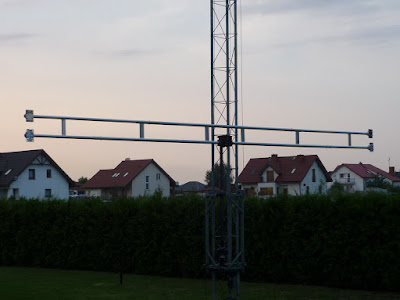 Another full day of work and Two upper antennas and right lower antenna in place - clearly visible that nothing more than this design can fit limited space at my property.
The problem started with left antenna - it simply don't fit into space between fence and tower... 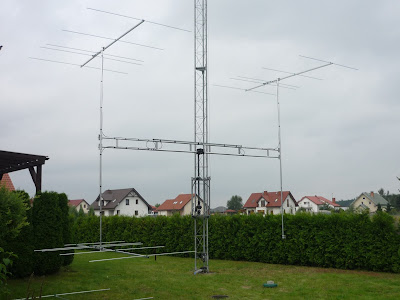 But, there's always emergency exit :-) Boom was placed where it should be and, after assembling rest of
the array, elements were added. 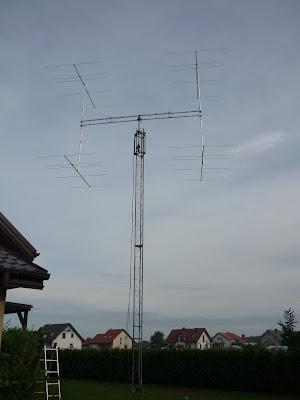 Done ! But did You noticed lower right Yagi is tilted? Yep, it is... I did not noticed it when antenna was 2m above the ground, this will be corrected later. Anyway measurements are just perfect ! 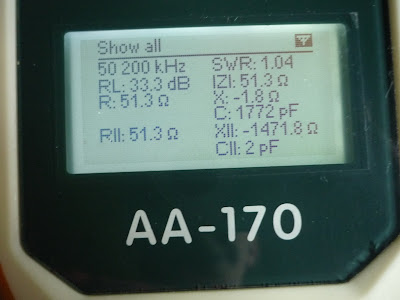 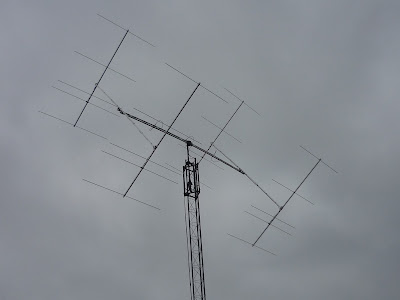 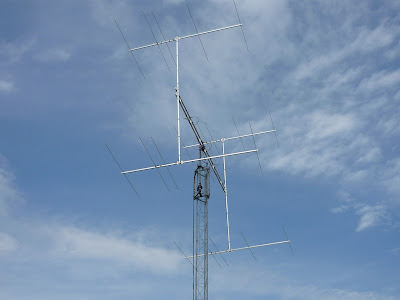 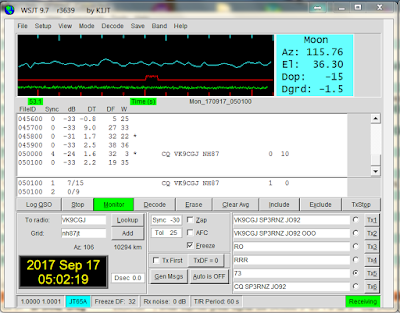 First attempt to listen VK9CGJ immediately after installing last N plug resulted quick QSO, and some minutes later couple of his CQ's at 37deg elevation confirmed that project is done and running. 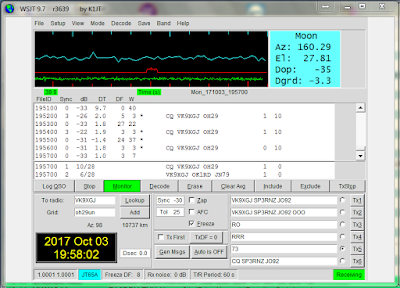 As always - thanks to Pop YU7EF.  Hat's off master.

As promised  before the dxp - here are the QSL's. Will ship them to Central bureau next batch. 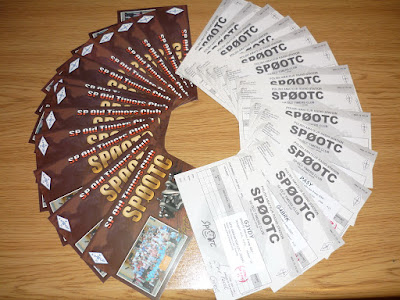 Thanks to all who participate this short event.